If I Think Of Germany At Night | Romuald Karmakar

2017 was a special year for electronic music, rich with technical innovations and polymorphic and impredictible sounds. With this documentary, Romuald Karmakar offers a total immersion into the evolution of contemporary musical practices from the 1990s to today. Through the testimony of these artists, he also intends to highlight their work and creating processes.

The Sound of Belgium | Jozef Devillé

The Sound of Belgium is a 2012 documentary film by Belgian director Jozef Devillé, namely rewarded at the International Documentary Film Festival of Amsterdam. The word is mainly given to DJs but also to music producers and record stores. The place of dance music and the exploration of new types of electronic music like New Beat and industrial EBM are at the core of it.

Essentially focusing on the 1980s Belgian scene, this documentary reveals the richness of sound creation based on passed musical references and its growth throughout the whole European continent.

Starring famous German DJ Paul Kalkbrenner, Berlin Calling is not a documentary but a movie about fictional DJ Ickarus, inspired by the lives of many modern music artists. The movie shows the realm of fame, drug addiction and music producing in a great European techno scene like Berlin.

Most of the soundtrack was made by PK himself, which gives the movie an indisputable advantage!

This Scottish film Beats directed by Brian Welsh and released in 2020, tells the story of two teenagers, Johnno and Spanner, who would do anything to go to their first and last rave-party together. Completely shot in black and white, the movie is so convincingly set in 1994 that it feels like it was actually made 27 years ago. Somewhere between Skins and Trainspotting, the tone is both humoristic and emotional, and the soundtrack is as satisfying as the photography.

Obviously, Johnno and Spanner have been friends for life but Spanner is the kind of friend your parents don’t like. He comes from a home with no parental supervision, but a brutish older brother, Fido. As a result, Spanner acts without any authority figure to tell him otherwise and Johnno’s mother sees him as bad company. Things get worse when Johnno’s new stepdad comes into the picture, a cop who must uphold the law against raves and rave culture, which were banned in the UK via the Criminal Justice and Public Order Act of 1994. Johnno and his family will be moving soon to a smaller, quieter suburb away from the likes of Spanner and his kind. Before the big move, though, Johnno and Spanner steal some money and enjoy one last night at a rave where they take many risks… but which fills them with youthful joy!

Women in music is a much debated topic, particularly in wake of the #metoo movement (article coming out soon on Melifera Records). Think of early electronic music and you’ll likely see men pushing buttons, knobs, and boundaries. While electronic music is often perceived as a boys’ club, the truth is that from the very beginning women have been integral in inventing the devices, techniques and tropes that would define the shape of sound for years to come.

Lisa Rovner’s Sisters with Transistors is the remarkable untold story of women composers who embraced machines and their liberating technologies to utterly transform how we produce and listen to music today. This freshly-released documentary (September 2021) traces the work of Laurie Anderson, Delia Derbyshire, Bebe Barron, Suzanne Ciani and Laurie Spiegel, among other crucial female pioneers of electronic music from the 1950s to the 1980s. Theremins, early synthesizers and feedback machines abound in this glorious ode to the women who helped shape, not just electronic music but the contemporary soundscape as we know it. Their innovative compositions simply revolutionized modern creation by participating in the advent of concrete music and experimental video. 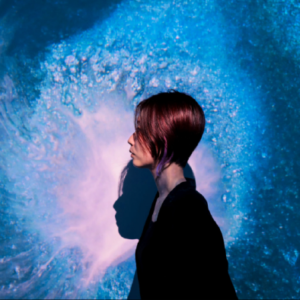 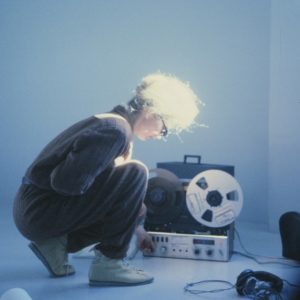 VIDEO • Ahead of our Fugitif Short Film Festival, we wanted to explore cinematic moments where film and electronic music have met. Here is a selection of five films to…
Étiquettes:cinemameliferaMusicvideo